The Benefits of iPads in Early Education

Kindergarten teacher Cathy Solmson says her students love sitting and listening to a story on an iPad more than anything else in her classroom’s literacy center. “They can pick out a book and sit and listen to it on Youtube. They are so engaged,” she said in a recent interview. 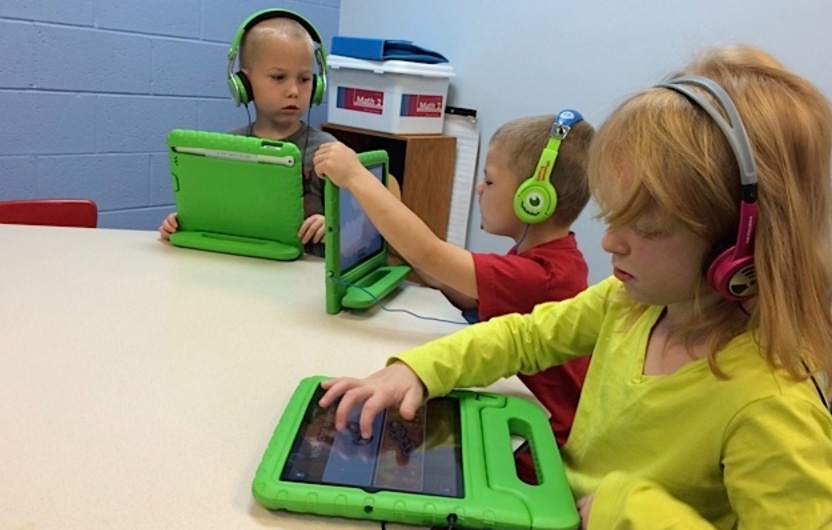 Making reading a fun and positive experience is critical to student engagement, and the iPad can be influential in inspiring a lifelong love of reading. A Core Education study, To iPad or not to iPad, revealed that “children who were reluctant to be part of literacy experiences [prior to iPad introduction], regularly engaged in literacy learning via the iPad.”

It’s critical for schools to provide a culture of reading, especially in early education. According to the U.S. Department of Education, “26-percent of children who were read to three or four times in the last week by a family member or someone else recognized all letters of the alphabet. This compared to 14 percent of children who were read to less frequently.” Solmson says her literacy center is always available so that students can pick up a book, scan the QR code and listen to a story at any time during the day, which is a notable benefit of technology-based reading and storytelling.

In the literacy center, Solmson uses apps for phonics, word recall and building words like Hungry Monster and Sound It Out. According to a 2014 Napalearns study conducted over the course of three years, preschool and kindergarten students' scores on the Peabody Picture Vocabulary test showed “statically significant gains for both native English speakers and English learners in expressive and receptive English language skills, a prerequisite for reading” after iPads were introduced in their classes. 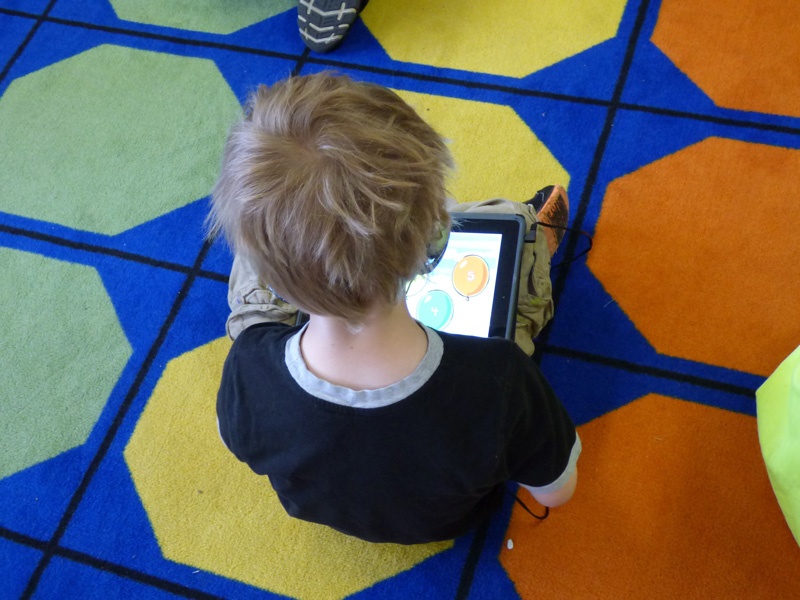 The possibilities for creative projects and activities involving the iPad in K-2 classrooms are endless. For example, Solmson implements a digital storytelling project where students read a story and then come up with their own version of that story. Solmson records her students’ voices over their illustrations, helping each student create his/her own digital story. “The kids love this project and feel free proud of what they have accomplished,” she said. The Core Education study reported the success of similar projects, noting that “the iPad provided children with another avenue in the curriculum for exploring creativity. Many of the apps were designed for creating stories, incorporating visuals and audios that the children could produce themselves.”

Solmson also has a math center in her classroom where students can play various math apps like Line ‘em Up for about ten minutes at a time. Some apps, like Kindergarten Math Standards, have the option for students to play in groups, allowing districts to maximize app licenses and teach students skills like collaboration and critical thinking.

In fact, some of the most enlightening findings about iPad use in early education has surrounded the social aspect of classroom technology. iPads as a Literacy Teaching Tool in Early Childhood, an article in The International Journal of Education in Mathematics, Science and Technology, found that “…using the iPad frequently becomes a social activity for young children as they often talk and work together while using the tool. It is possible that the mobility of the iPad contributes to the socialization that takes places, because children can see the screens of other children easily and can manipulate the touchscreen in groups.”

Solmson teaches early education at The Davis Academy in Atlanta, a school that has undergone an extensive technology initiative over the last few years. Not only has using iPads substantially enhanced her classroom, but she also recognizes how important it is to expose children to technology, especially at a young age. As Solmson concluded, “it’s our world. It’s their future.”

The 7 Key Elements of eSpark’s Theory of Learning